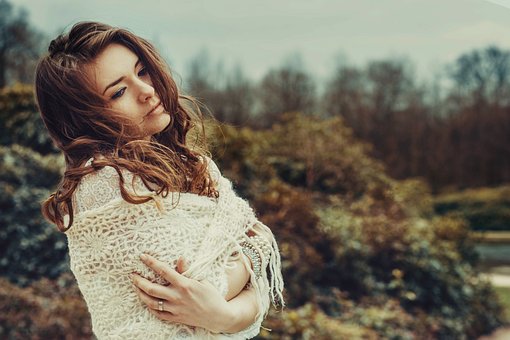 Violence against women in Latin America has been classified as an epidemic in the region, sexual abuse is one of the main types of violence, and the situation of women in the rest of the planet isn’t very different. According to a report from the World Health Organization and statistics in the UN Women,”recent statistics of the global prevalence indicate that one in three girls in the world (35%) has suffered physical and/or sexual violence of a couple or sexual abuse by third parties at some time in their lives”.

In the wake of the growing wave of violence against women, protests are arranged in various areas of the world, in an unsuccessful effort to stop it, particularly after cases are heard that shake the people due to their cruelty and sadism. And in those protests, you may read countless posters with phrases of repudiation of violence and support for women. One of these phrases that caught my attention and that I have seen repeatedly is:”We live in a world where they teach women to take care to not be raped, Rather than teaching guys NOT TO VIOLATE”… I was called to attention for two reasons:

Initially, since I saw a harsh truth in that phrase, since I was born and raised in a macho society in which it is taken as normal for men to harass women in the street, to inform them obscenities or to touch them impudently; where it is common for men to beat their women because they have”rights” to them in some areas of the country, women consider their husbands have the right to hit them, because they are their husbands, and they get angry if someone tries to defend them!!! It appears a joke, but it’s not-, and I think that to a large extent that the high rate of sexual violence against women in my country and in the rest of the world is machismo.

The second, because I would have liked to explain to the person who wrote that phrase that Islam does teach men to”not offend”. Moreover, before referring to the issue of women’s behaviour and dress, the Koran calls men’s attention to their behaviour and gives them a strong warning: Tell the believers [oh, Muhammad!] God is well informed of what they do [Quran 24:30]. This God is telling men that they shouldn’t even look at girls unduly, up to that level men have to respect women, even with their eyes! And they’re warned that God knows what they’re doing, even if no one else knows, God knows. Then, in the first place, God addresses guys and orders them to behave well and respect women; then he addresses women and requests them to act well and dress modestly, since Islam is fair, and teaches us that both men and women must fulfill our share of responsibility to make this a better world and live in harmony. So Islam teaches men not to rape because if they are even forbidden to look at women unduly, they are much more forbidden to touch them .

Islam has approached the dilemma of good treatment of women in a detailed and detailed fashion, emphasizing the special respect it deserves in each of the various stages it goes through throughout its lifetime – when it is a daughter, when she’s a wife and when she is a mother-, as we shall see below.

Before Islam was revealed, one of the Arabs was considered a misfortune the arrival of a girl. While men were the cause of the pride of their parents and family members, girls were cause for disappointment and sadness; and because of this, they had the horrible habit of burying alive the newly born women. God categorically condemned this attitude and these crimes, saying: When one of these is announced [the birth of] a girl, the affliction and distress is reflected in her face because of what has been announced to her, she hides from the people ashamed and doubt whether he will let her live in spite of his disgrace or bury her alive. What a terrible thing they do! [Quran 16: 58-59]; and warns that one day will come, the Day of Judgment,When girls are requested to be buried alive for what sin they were murdered [Quran 81: 8-9]. In this manner God forbade this wild practice considering it a very serious sin. But also, but it made the upbringing and education of the brothers a reason to win the blessings of God and get rid of the fire of Hell; said the Prophet Muhammad (peace and blessings of God be upon him):”Whoever has three daughters whom he cares for, provides them with what is necessary and treats them with mercy, Allah will make him enter Paradise without a place of Doubts”. Then a man in the crowd asked:”What if he has only two daughters?” The Prophet replied:”Even if he has two brothers.”

This is how Islam establishes the worth of girls from birth and provides them a place of honor by making them a source of blessing for their parents in this life and in the other.

Respect towards the mother

The Prophet spoke of the respect we should have towards our aunts. He asked:”Does your mom live?” He replied no, then the Prophet asked him:”Do you have any maternal aunt alive?” The man said yes, then the Prophet said to him:”Be good and considerate to her” (Tirmidhi, Al-Hakim, Ibn Hibban); and he also said:”The mother’s sister has a status similar to that of the mother” (Bukhari).

Respect to the wife

Said the Prophet Muhammad:”The best among men is the one who best treats his wife.”

The Koran commands: … kindly treat girls in coexistence. And if something of them should displease you [be tolerant], it may be that you dislike something in which God has set a good for you [Koran 4:19].

Throughout the past sermon given by the Prophet Muhammad before his death, he said:”… Treat your women well and be kind to them, because they are the companions.”